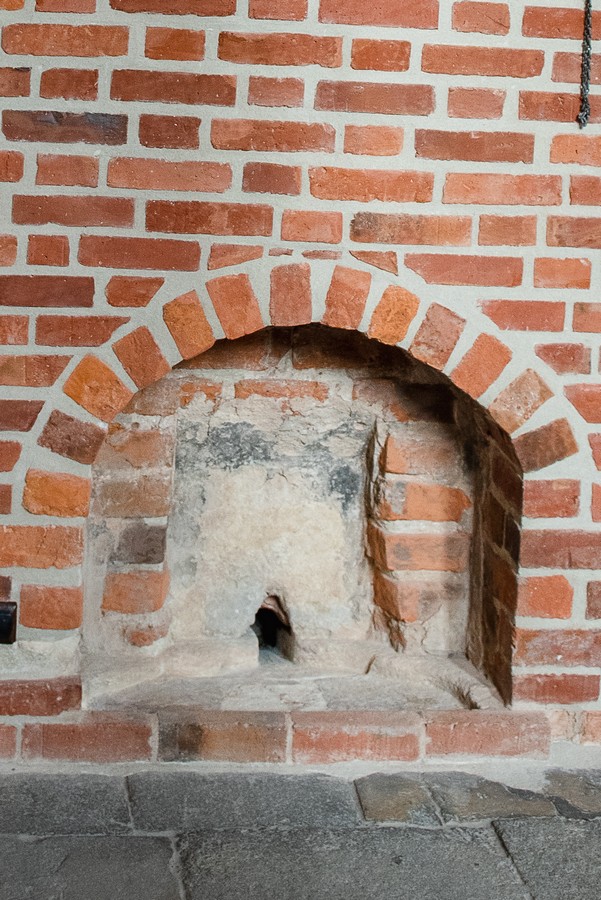 Churches are amazing places. They are the location of Christ’s Paschal mystery, where heaven touches the Earth, and where a man connects with God. But they are also buildings full of mysterious nooks, and amazing places which are not accessible for their followers on a daily basis. One of such places within old temples is the sacrarium, also known as the piscine. Such a sacrarium has been recently discovered in the Opole Cathedral.

Look down. It is just near the parquet floor of the temple. It is a small niche with an arched shape, quite deep with a small draining inside. It was found during a recent renovation of the cathedral under a thick layer of plaster, which covered a side wall of the cathedral left nave.

Next to sacrarium, another walled up niche was also discovered. It was whitewashed, not too deep yet quite high. Perhaps, it was a place where a biblical character, or one of the church saint figures stood. If you take a closer look at the niche, at the eye level of an adult you can see a carved date – from the year 1872. Inside the niche, there was a business card of a construction company from Berlin hanging on an old nail. It was most likely the company that walled up this place a century and a half ago.

Going back to the sacrarium – in old churches, they were unique places used to dispose materials, for example: holy water left over after the liturgical rituals.

It was also a place where ashes of burnt cotton used during anointment were thrown away, and where water used to wash altar cloth, embroidered fragments of texture used by clergymen during liturgy, was disposed. All of this was to get rid of the leftovers after the sacred rituals with the respect towards the Almighty.

Sacrariums were usually placed near the altar. This one discovered in the Opole Cathedral, may be another prove that the original church was built in this exact place.

If you look up carefully at the high wall where sacrarium is, you can see that it bears many signs of alterations - former arches, different layouts of bricks, grouts or delicate concavities of the wall. They are like scars on a human body which are occasionally operated on and sewn up again. Tracing them, you can fantasize and imagine how the Opole temple could have looked like at the time of the Piast dynasty, and in the following centuries …